EkoNiva: we are working normally ahead of schedule

Источник: The DairyNews
The last five years have been a period of active development for EkoNiva. Large investments in dairy farming and processing have yielded results.

The company has strengthened its leadership position in the raw milk market. From 2017 to 2020, livestock complexes with 64,500 stable places were built and put into operation. Today, the company has more than 110,000 head of forage-fed animals, 41 modern livestock complexes in 9 regions of Russia. The average daily volume of milk production exceeds 3,100 tons. In 2020, 6% of all Russian commercial milk was produced on EkoNiva farms. The company's contribution to the overall increase in commercial milk production in Russia from 2017 to 2020 was 24%. EkoNiva operates in 13 regions on 630,000 hectares of land.

The modernization carried out at the enterprises in Kaluga and Voronezh regions made it possible to expand the range and increase the volume of processing, which currently amounts to about 500 tons of milk per day. This year, a cheese factory was launched in Voronezh region with a capacity of 60 tons of milk daily. In just two years, the EKONIVA dairy brand has entered the largest and most popular federal retail chains, and today EKONIVA dairy products are represented in many cities of Russia. 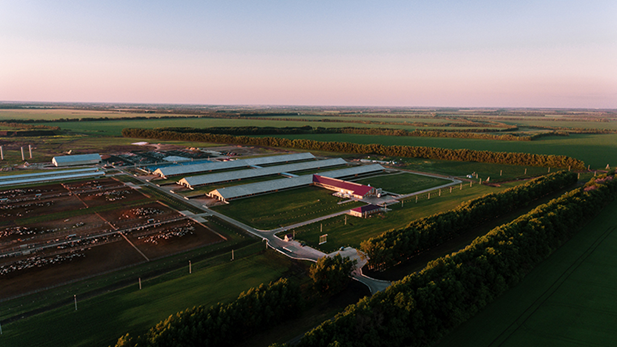 In June last year, the company decided to reduce its growth rate, focusing on milk processing and promoting its own milk brand "EKONIVA". In order to increase the efficiency of milk production, the number of employees of the company is optimized.

The acreage of the company this season increased by 43,000 hectares compared to last year due to the introduction of fallow land into circulation. The company is actively working on the digitalization of the industry. The mobile application for crop production EkoCrop was developed and implemented on its own, which accumulates all the information about field work, the state of crops and allows you to make decisions based on the data obtained quickly. 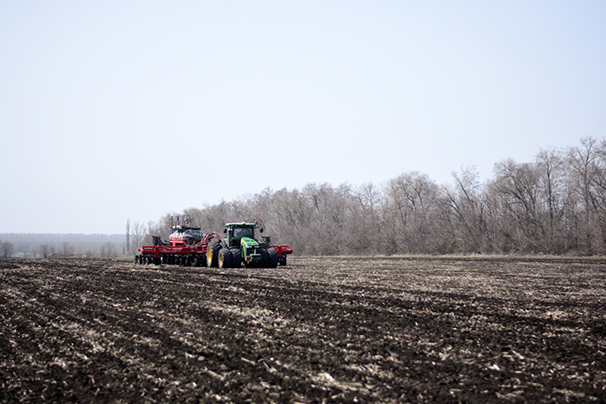 The export of milk is actively developing. Six containers of EKONIVA ultra-pasteurized milk were sent to China. A contract has been signed for the shipment of 13 more containers of milk until mid-May. In the near future, it is planned to increase the volume of monthly deliveries to 50 containers, with a total volume of more than one thousand tons.

Good indicators were achieved in the production and sale of seeds. Sales of certified seeds of own production doubled compared to last year and currently amounted to 87,000 tons, including 11,000 tons for own farms. This is the largest indicator in Russia. The total revenue from the sale of seeds amounted to 2.6 billion rubles. The varieties of EkoNiva's own selection, recently included in the State Register, are in good demand: spring wheat Cephei, EN Taygeta, EN Albireo and soy EN Argenta is the company's contribution to import substitution. Significant success was achieved in the export of seeds. In the season 2020/2021, 7100 tons were delivered to Azerbaijan, Armenia, Belarus, Kazakhstan, Kyrgyzstan, Uzbekistan, Mongolia and Ethiopia.

‘At the beginning of January, we approved the financial model of the company's development,’ says Stefan Dürr, President of EkoNiva. ‘I admit, few people believed in it, considering it too ambitious. However, three months have passed, and, according to preliminary data, we are going even better than this ambitious program: EBITDA for the first quarter of 2021 exceeds the plan by 600 million rubles.

According to the head of the company, this was made possible due to a well-thought-out policy of increasing the efficiency of all production processes and optimizing business tasks. In confirmation, Stefan Durr gave specific figures:

According to preliminary data, the financial result of EkoNiva in 2020 is significantly higher than in 2019, EBITDA is expected in the range of 180-200 million euros (in 2019 - 167 million euros). The company services its financial obligations on loans and bonds without failures.

Stefan Dürr also noted that this year there is no traditional spring-summer drop in milk prices. The purchase prices even rose slightly. According to the head of EkoNiva, milk prices may increase by 6-8% by the end of the year compared to the average price in the first quarter of this year.

‘Under the difficult market conditions associated with the low purchasing power of the population and the devaluation of the ruble, we will focus even more on improving the efficiency of our work,’ said Stefan Durr.